Why Amanda Vanstone is Evil

Minister's audacity had no precedent 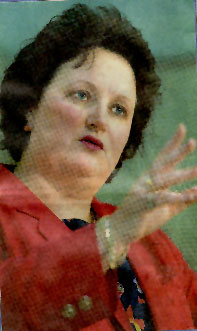 AMANDA Vanstone has found a novel way to take the pain out of the Budget --- announce it 11 days before the Budget is delivered.

While there is plenty of precedent for leaking "nasties" well in advance to prevent them dominating the reception on the night, there is little precedent for audacity on this scale.

Had the minister responsible for higher education tailored her presentation to the gravity of the task John Howard has set the Government --- of bringing the Budget back into balance --- she might just have carried it off.

Instead, Vanstone did an Alexander Downer, not only declaring that this was unequivocally "good news" for universities and their students, but anticipating a positive, even grateful, reaction from those being told to swallow a bitter pill. When Vanstone predicted that universities would be "very happy" with the changes, she sounded llke Downer asserting that if foreign ministers were concerned about the axing of the DIFF scheme, they would be writing to him.

It took a only matter of minutes for the executive director of the Australian Vice-Chancellors Committee, Frank Hambly, to reply: "If the minister thought I was going to be happy, I think she'd better have another think." 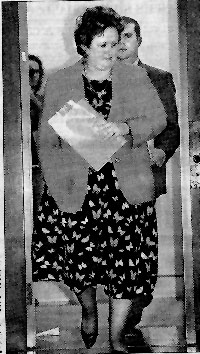 Aside from attempting to sell the bad news as good, Vanstone has also provided an insight into how the Government assesses the promises it breaks in its bid to fill the "$8 billion hole".

The decision to take $624 million out of the university operating grants spelt out in the forward estimates when the written policy committed a Coalition to "at least maintain" funding, was, said Vanstone, a "99 per cent keep".

The deeision to lower thed HECS repayment threshold from $28,495 to $20,700, raising by more than $800 million over four years, when the written policy said there would be no change to HECS rules for current students, was a "95 per cent keep".

There were a number of aspects of yesterday's announcement that could be sold as good, equitable policy, not least the notion of scaling HECS according to the cost of the course and the potential earning power of the student, and the extra spending to improve the access of Aborigines to higher education.

But Vanstone went too far in suggesting everything was about equity. When someone asked how next year's crop of students would see the equity in paying more for their coarses, the minister replied: "Equity isn't a function of whether you get more or get less."

And she went overboard in suggesting that opening up university places to paying students and allowing students to "invest in themselves" was policy in the interests of low-income families.

Certainly, Vanstone has taken some of the sting out of the Budget night. But she has also ensured that screams of protest will be felt long after it is delivered.